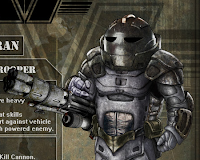 A bumper edition this time with plenty of content.

Master Whovians have completed their audio series Mystery of the Doctor. All eight episodes are up on youtube. The latest titles released are, The Crystal Conspiracy, False Accusations, The Darkness Within, Into the Vortex, and The Sontaran Masterplan.


Meanwhile we have a ninth and twelfth Doctor adventure starring Pete Walsh and Jonathon Carley from producer Luke Oliver. Exhausted Supplies is set on the burial planet of Excessua and the metropolis of Ventosus when the two Doctors cross paths.
Listen on youtube.


And lastly The Doctor Who Audio Dramas (DWAD) have started to release another new story - Rhythm of the Piper. The Doctor lands in 13th century Lower Saxony to discover a strange plague in Hamelin. Episode one is available on DWADs newly re-designed site.
http://www.dwad.net

Posted by Unknown at 5:06 pm No comments: