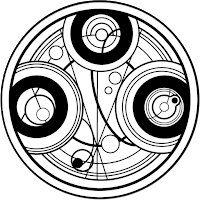 The Doctor Who Audio Dramas are currently releasing Takamagahara (aka Dalek Oblivion). Episode three recently went up on their site - http://www.dwad.net - with more to come. As the title suggests the story takes us to medieval Japan and the time of the samurai. A village trying to survive bandits and strange mysteries.


And if you want to try something different we now have, as far as I’m aware, the first ever fan audio play for The Sarah Jane Adventures. The Fall of Sarah Jane Smith concerns an attack on SJS from the Shadow Architects, alternate worlds, and the 11th Doctor. So far this young fan group has released episode one - https://www.youtube.com/watch?v=IH6uqUrBX8A